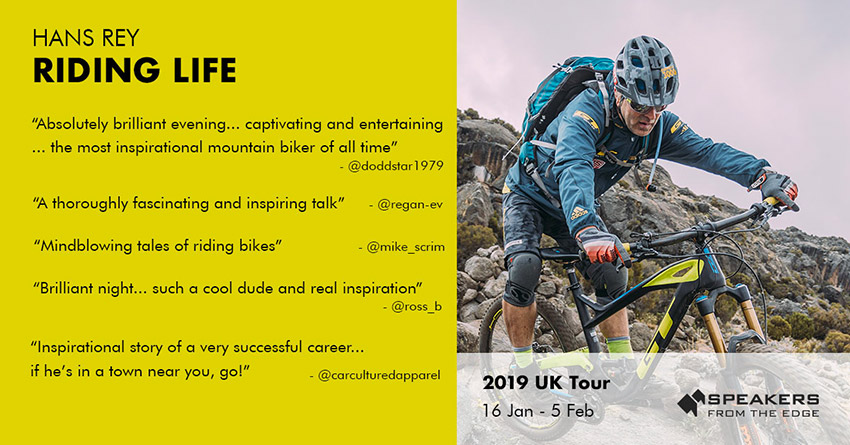 From January 16th a bit of Livigno will be in the conference tour –Speakers from the Edge– which will cross the United Kingdom. The Mountain Bike pioneer Hans Rey will speak about his special bond with the “Little Tibet” in Valtellina and about the Tutti Frutti Epic Tour of Carosello 3000.
There are people that push themselves and the sport to the limit, taking the most incre- dible challenges that our planet can offer. When we heard about them we feel inspired to give our best, not only in sport, but in every field of the life. It’s for this reason that Spe- akers from the Edge brings athletes, adventurers and explorers to the cinemas around the UK. Among them, for the second year there is Hans Rey, testimonial of Livigno and Carosello 3000.
Hans Rey has been several times trial-bike world champion, he has been placed in the Mtb Hall of Fame and he’s considered a pioneer in the mountain-bike and freeride. A real legend. In the Tour dedicated to him “Riding Life”, Hans will talk about many of the ad- ventures of his 30-years career in the mountain bike world, like the descend from Mount Kenya, the crossing of the Sinai desert and epic paths as the Himalaya Indiana and the Inca Trail.
But Hans won’t present to the English public only his extreme undertakings, he will also talk about the special bond he has with Alta Rezia and Livigno, where the swiss cham- pion contributed in the realization of a true mountain-bike paradise.
Among the various project, the designing of the tour “Tutti Frutti Epic” on the Mountain of Carosello 3000: a 45km path to be done in one day with a mix of new flow trails and ancient tracks. A big adventure, accessible to everyone, which combines the pleasure of riding with the possibility to enjoy wonderful landscape of the Livigno valley, together with the Italian spirit and good food. A bike tour that immediately gained a great success both on the media and with the international public.
And then the future of the mtb, the e-bike phenomenon and the no-profit as- sociation “Wheels for Life”, which since years commits Hans Rey and his wife Carmen in bringing bikes in remote areas around the world, where people don’t have access to the public transport.
13 meetings in total, with stages at Peebles Outdoor Film Festival, at the Scottish Tweed Valley and great final at the Curzon Theatre in London on Thursday, February 5th.
Dates and tickets of the single meetings are available at this link: www.speakersfromtheedge.com 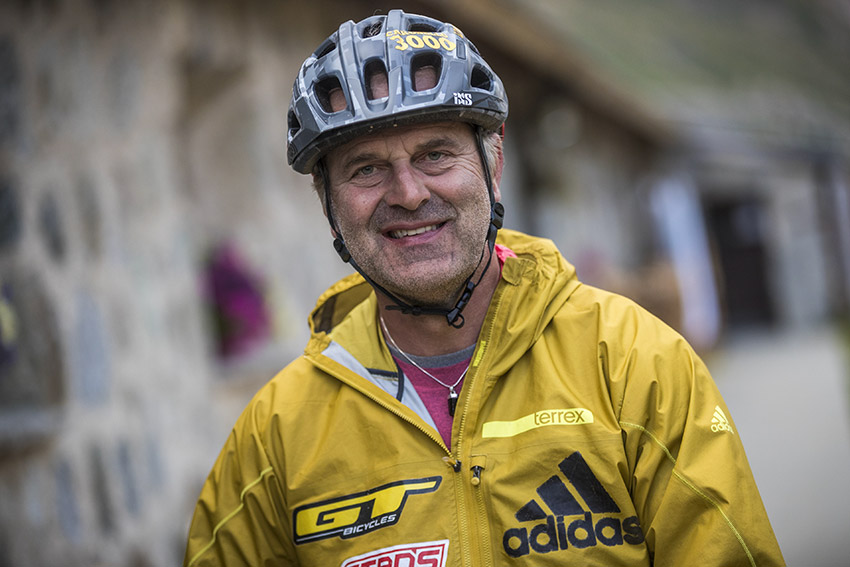