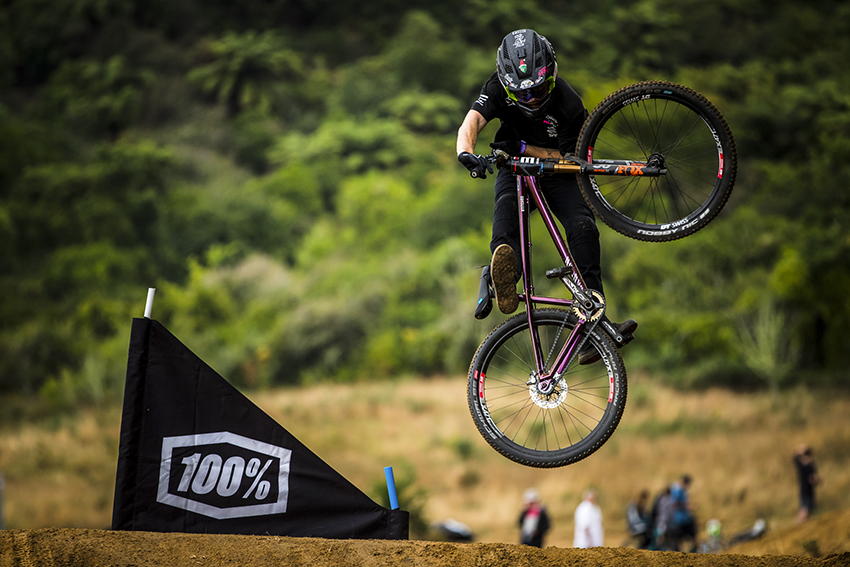 “I love the shape of the bike. I’ve seen so many riders on it and no matter which size they choose, the bike fits. And Canyon's killing it with colors lately. I would be stoked to ride any of the stock colors.” You know what bike Tommy G is talking about! The Canyon Stitched has racked up a Freeride World Tour championship, helped launch riders to the podium at Crankworx, and raised the stoke level at dirt jumps, pump tracks and street sessions the world over. On March 21st, Canyon Bicycles will debut “MY20” versions of both the Stitched 360 (840€), Stitched 360 Pro (1,249€) and Stitched 720 (1,799€).  Canyon US will introduce the Stitched 360 to the American market later in 2021.
All Stitched models retain their progressive geometry, light-yet-burly aluminium frames, and bash-worthy components. In short, same rad ride, coated in new, equally rad, paint jobs. No, we didn’t sculpt the frames out of some novel unobtanium material or re-invent the entire dirt-jump genre. The Stitched 360 and 720, however, are smartly designed, nearly bullet proof, and ridiculously fun.  That’s saying a lot, so here are the details.
Canyon continues to offer two Stitched hardtails the 360 and 360 Pro. Both models feature the same stout, yet surprisingly light, aluminium chasses with massive, box-sections near the bottom bracket, for enhanced stiffness and strength. The Stitched 720 excels on modern Slopestyle courses where higher speeds and increasingly bonkers features are the norm. The 720 delivers 100mm of progressive suspension, giving the bike plenty of pop and the kind of suspension ramp necessary to tackle huge jumps and heavy landings.
Brawny and lightweight? Stitched nails that elusive combo with lightweight alloy frames that take to the air easily yet shrug off the same “Category %” abuse as our DH models.
And Stitched is equallly at home on a backyard pump track as it is on the courses world’s biggest Slopestyle its geometry is key. It keeps your weight balanced and boosts confidence.  What’s more, we equipped the Stitched with burly cranks, wheels and dirt jump-specific suspension so your bike never comes up short, even if you go big… and come up short.

DISCOVER ALL MODELS ON WWW.CANYON.COM 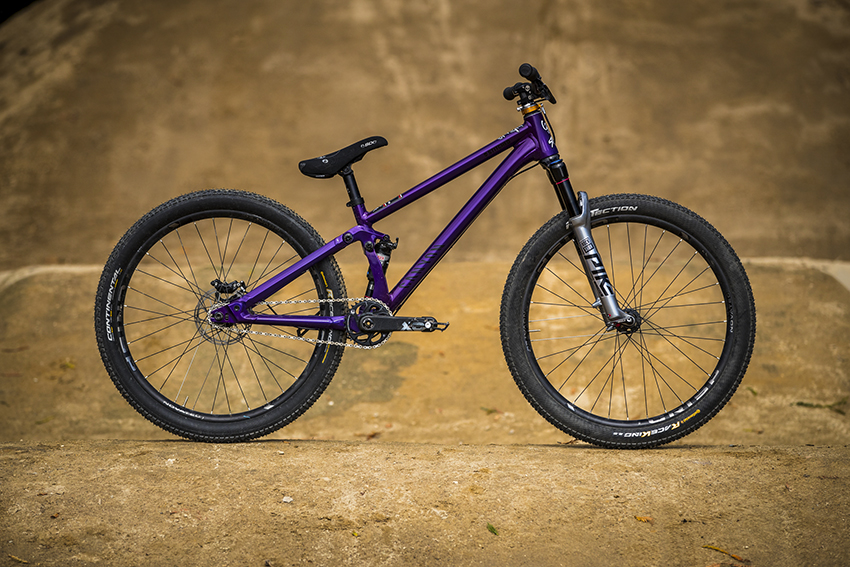