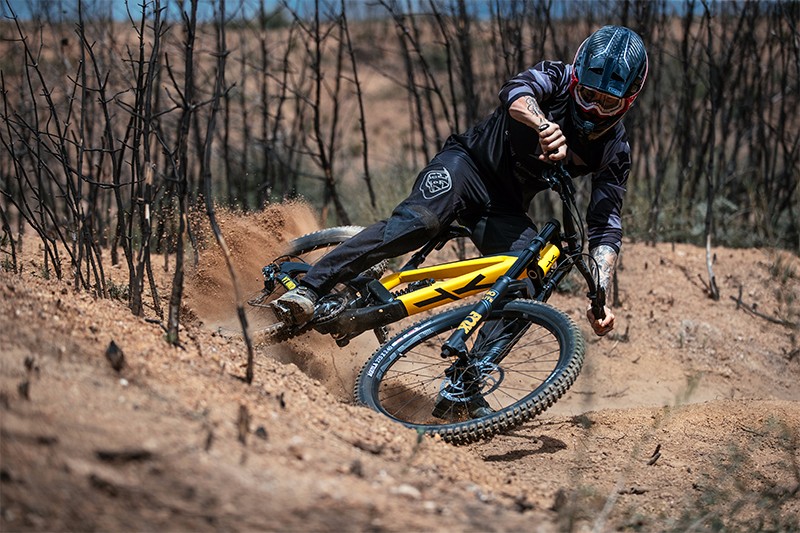 TUES AL Next Level
September5th, 2018 –Forchheim, Germany: YT introducesthe newTUES AL. Designed to be fast, it shares the same geometry like the carbon TUES and therefore the same DNA the YT MOB relies on. The TUES AL will be available in two colourways and sizes S to XXL.
(G)WINNER-DNA
First race – first place: Right at the first race of the World Cup season, Aaron Gwin took the top spot on the new TUES, proving the (G)winner-genes of the next level TUES generation. The new TUES AL is born with the same racing DNA. While developing the new TUES, YT mainly focused on the MOB's feedback from the thoughest downhill tracks of the world. The result: refined kinematics as well as a modern geometry concept that lets riders choose their preferred reach on the new TUES AL. 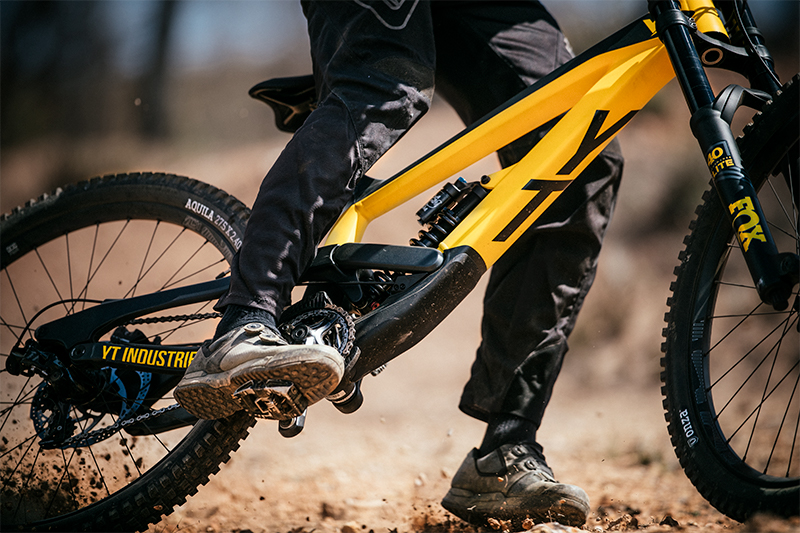 FREERIDE ATTITUDE
Style meets confidence: the new TUES AL is a playful style merchant that just begs to be taken out on unreal monster drops and to shoot loose whips from the hips at Crankworx. Further, the feedback from Rampage superstars Cam Zink and Andreu Lacondeguy allowed YT to create a bike that will continue to push the limits of freeriding well into the future. And don't forget, Andreu won Rampage in 2014 on a TUES AL.
AL AESTHETICS
The TUES AL was made specifically for lovers of high-quality aluminum bikes. Yet the modern geometry and impressive component specification – which it shares with its carbon brothers – make it the first choice for many more. The elaborately designed frame sets new standards in aluminum workmanship: the multi-butted, hydroformed tubes not only keep weight down and strength up, but also embody the look of a true YT.
FRAME
While designing the new TUES, YT paid particular attention to synchronizing every suspension element to work together as one: frame kinematics, hydraulic damping curves, and spring force. The Virtual 4 Link suspension system is based on a low leverage ratio – and it's a major factor in giving the TUES its superior characteristics. Amazing small bump compliance in the first part of the travel gives the next-gen TUES even more grip: it practically sticks itself to the ground, holding lines even better than before. A rapidly rising spring curve provides a lot of mid-stroke support: this creates more grip for turning and braking, and optimal use of travel on big jumps. Despite being very sensitive off top, the progressiveness and support gives the TUES the pop to get airborne easily – and helps to keep legs fresh during sprints, too. Without giving up any of the bottom-out reserves of the TUES, YT have reduced the ending-stroke progression by 5%. It has made the rear a little bit plusher for a boost in comfort and control. 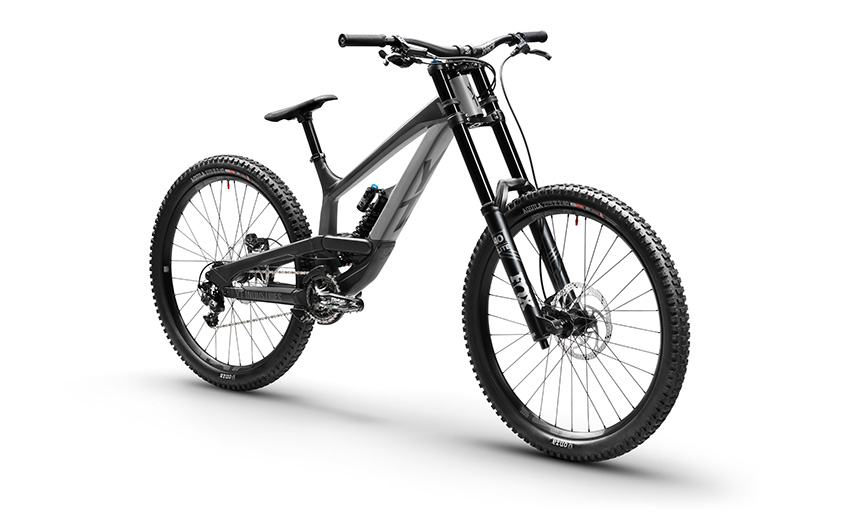 SPECS
The FOX 40 Float Performance Elite fork and FOX VAN Performance shock pair up perfectly to form a high-performance and reliable suspension duo on the TUES AL. The EVOL airspring technology creates a buttersmooth fork that also features externally adjustable low speed compression and rebound. The FOX VAN Performance shock offers adjustable low speed compression and rebound as well as spring preload. With 233% of range and a weight of just 180 grams the e*thirteen cassette is the best possible foundation for your transmission. Quality: the largest sprocket is made of aluminum while the others are machined from a single billet of steel. The SRAM GX DH rear derailleur ensures quick and accurate shifting. It eliminates ghost shifting while reducing the shifting force. X-sync technology ensures optimal chain control. Made from 6066 aluminum, the Race Face Chester crank delivers robust, reliable performance at a low weight – a great choice for all your DH and bike park riding. The TRP Quadiem was developed in collaboration with Aaron Gwin, it is one of the most reliable and powerful brakes on the market.